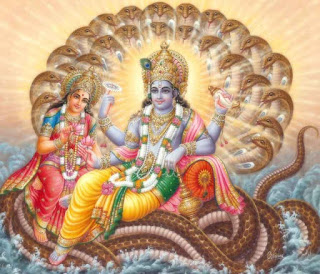 Saphala Ekadasi or Safala Ekadashi is observed during the waning phase of the moon or the Krishna Paksh in the month of December – January. Saphala Ekadashi date is December 13, 2017 (Wednesday). The staunch devotees of Lord Vishnu must fast on the Ekadashi day.


Lord Krishna explained to Yudhishtira the importance of Safala Ekadashi. According to Brahmanda Purana, if you fast on the Saphala Ekadashi, it is believed that you will get rid of the sins or mistakes you have committed. Ekadashi or the 11th Day is a very auspicious day dedicated to Lord Vishnu. In Hindu calendar, Ekadashi comes twice a month, one in the krishna paksh and one in the shukla paksh.

Lumbaka, who was one of the four sons of a king, always asked what authority Lord Vishnu has. Because of this, Lumbaka was exiled. He took the wealth of poor villagers and rested under a banyan tree. He became a non-vegetarian and started killing and eating the animals.

Once due to some illness, he fell very ill and did not eat the whole day and also did not slept in the night. The day was none other than Safala Ekadasi and in pure ignorance, he completed the Safala Ekadasi fast. On the next day, his illness was gone and he actualized that all this was of Lord Vishnu's blessings. After this, he repents his mistake and returned to his father and lived a happy life thereafter.

If you want to fast on the Safala Ekadashi day, you can do so by worshipping Lord Vishnu and Goddess Lakshmi and eat only fruits, milk, tea, coffee, water and do not eat "anaj" or the wheat. Do not eat rice on any ekadashi day as eating rice on ekadashi is strictly prohibited. The fasting comes to an end on the Dwadashi day or the next day after the ekadashi day. The next Ekadashi tithi falls on January 20. Here you can listen to Saphala Ekadashi Vrat Katha in Hindi in the above youtube video.