Sri Krishna is regarded as the one of the most powerful and highly revered eighth human incarnation of Lord Vishnu. Krishna is usually depicted with a flute in his hand is mainly worshipped in some prominent locations across India such as Vrindavan in Uttar Pradesh, the Jagannatha aspect in Odisha, Mayapur in West Bengal, Dwarka and Junagadh in Gujarat, in the form of Vithoba in Pandharpur, Maharashtra, Nathdwara in Rajasthan, Udupi Krishna in Karnataka and Guruvayur in Kerala. Krishna is worshipped in the world because of the efforts of the International Society for Krishna Consciousness (ISKCON). 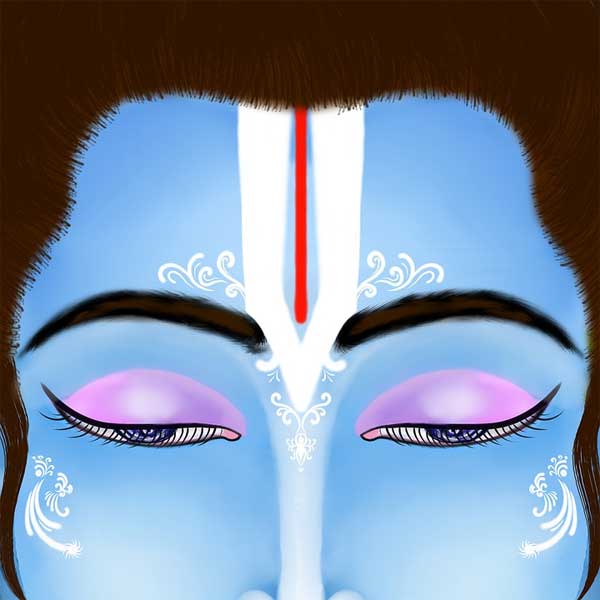 Where was Krishna born?

Born in Mathura, Sri Krishna's birth signified the end of demons. Sri Krishna was born to Devaki and Vasudeva in a prison in the Kansa's captivity. Krishna's father Vasudev, handed over his child at the time of his birth to his brother Nand to save Krishna from the demon King Kansa. Krishna was born in Mathura but grew up in Gokul where later on he killed his uncle, King Kansa.

As per Bhagavata Purana, Vasudeva, son of the Yadav king Shurasena, was the father of Krishna, and his siblings Balarama and Subhadra. Vasudeva was the brother of Nanda Baba, who took care of Krishna during his early years as a child. His other brother Devashrava is the actual father of Ekalavya who played a significant role in Mahabharata. His sister Kunti was married to Pandu.

Devaki was the daughter of Devak, sister of Kamsa, wife of Vasudeva and mother of Krishna. Kamsa escorted the newly-weds to Mathura and drove their chariot. A celestial voice proclaims that "The eighth child of Devaki that you are ferrying shall become your death!" Kamsa got angered and rises to kill Devaki but is stopped by Vasudeva who promises to deliver each child to Kamsa as soon as they are born.

The Krishna Janmasthan Temple Complex is a group of Hindu temples in Mallapura, Mathura, Uttar Pradesh, India. These temples are built around the place where Sri Krishna is said to have been born.

What is Krishna Janmashtami?

Krishna is Devaki and Vasudeva's son and his birthday is celebrated by Hindus all over the world as Janmastami, the followers of ISCKON and Gaudiya Vaishnavism celebrate it with immense devotion and religious fervour.

Krishna was born at the time when evil was everywhere, and when he was to be killed by his uncle King Kansa. Krishna's father Vasudeva takes him across Yamuna immediately at the time he was born in Mathura, to foster parents in Gokul, named Nanda and Yashoda.

After Krishna is born at the exact midnight time, the statue of baby Krishna is washed and clothed, then placed in a cradle.

Krishna temples across India and even the world organize events in honour of Lord Krishna where songs in praise of the Lord are sung and scriptures from Bhagavata Purana and Bhagavad Gita are recited. In Hindi we say "Kab Hai Janmashtami", you can find the Janmashtami 2020 date along with other years.

Janmashtami celebration takes place during the midnight as Sri Krishna was born on a dark, stormy night to end the attrocities and violence of his uncle, Kansa. People celebrate it with devotional songs and dances, pujas, Krishna arti, mantra, blowing of the Conch and moving the baby Krishna's cradle.

Janmashtami celebration at Mathura and Vrindavan, are so special as these are the places where Sri Krishna had spent his life when he was born and grew up. Krishna has an important role in Mahabharata and preached about bhakti and good karma and is well known to have narrated Bhagwat Geeta to Arjuna. Bhagwat Gita has guiding principles for not only Hindu's but for the whole world.

However Krishna Janmashtami is observed on the same day in both calendars.

Krishna Janmashtami is popularly known as Ashtami Rohini in Kerala, Tamil Nadu and a few parts of Karnataka as per Solar Calendar.

Do you want to know about Janmashtami Date, here we have mentioned the dates for years to come:

How to fast on Krishna Janmashtami? 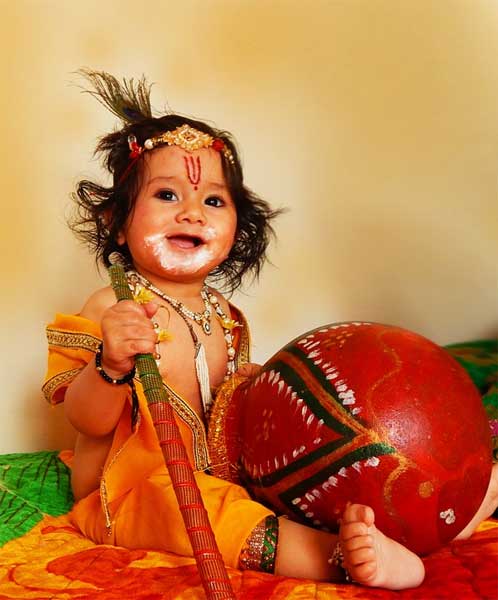 People who are fasting on Janmashtami must have the only single meal a day before Janmashtami. On the day of Janmastami, devotees take Sankalpa to observe a day-long fast and break it on the next day when both Rohini Nakshatra and Ashtami Tithi are over. Some break the fast when either Rohini Nakshatra or Ashtami Tithi is over. Those who are fasting on janmastami must take Sankalpa after completing morning rituals and the day-long fast starts with Sankalpa.

Nishita Kaal or the time of midnight is the time to do Krishna Puja as per vedic rituals. Full puja rituals are observed during midnight involving all sixteen steps which are part of Shodashopachara Puja Vidhi.

Krishna Janmashtami fast might continue for two complete days as its based on the end time of Ashtami Tithi and Rohini Nakshatra. It is mentioned in Hindu religious text Dharmasindhu that people who are not able to fast on two consecutive days can break the fast on next day after Sunrise.

After Krishna Janmashtami, then comes the Nandotsav festival, which was the time Nanda Baba distributed gifts to the villagers in honour of the Sri Krishna birth.

In Maharashtra, Janmashtami  is popularly known as "Gokulashtami" and celebrated across Maharashtra and in cities like Mumbai, Nagpur and Pune. Dahi Handi is celebrated the next day after Janmashtami. The term Dahi Handi literally means "earthen pot of yoghurt". Dahi handi festival got this name after the legend of baby Krishna. Krishna in his child form would often go and steal milk products such as yoghurt and butter and people would hide their butter-milk high up out of the baby Krishna's reach. Krishna would then try all creative ideas to have and break these earther pots. One of that ideas was forming human pyramids with his friends to break these high hanging pots.

In Maharashtra and western states of India, the Dahi Handi tradition is played out as a community tradition after Janmashtami, where pots of yoghurt are hung high up, sometimes with tall poles or from ropes hanging from second or third level of a building. After that, teams of youth which includes boys as well as girls called the "Govindas" go around to these hanging pots, climb one over another and form a human pyramid, then break the pot. A large gathering of people can be seen cheering for their teams. Prize money as well as gifts are also given to the winners. Many companies also sponsor this event and TV channels also shows the govinda's forming a human pyramid and breaking the Dahi Handi live. The contents in the Dahi Handi pot is regarded as Prasada of the deity.

Over 4,000 handis in Mumbai alone were high hung with prizes, and a number of Govinda teams participated in 2014.

Janmashtami in Gujarat and Rajasthan


In Dwarka, Gujarat where Krishna is believed to have established his kingdom, people celebrate the festival with a tradition similar to Dahi Handi, known as Makhan Handi (pot with freshly churned butter). Also perform folk dances at temples, sing bhajans, visit the Krishna temples. Dwarkadhish Temple or  Nathdwara is over filled by devotees. Farmers in the Kutch region, decorate their bullock carts and take out Krishna processions, with group singing and dancing.

There are so many customs based on stories from Krishna's life. Krishna loved butter and milk so much when he was a child but as he stole butter and milk from his home and numerous households, it kept out of his reach. In Krishna's child pictures, it is often shown as he is eating butter placed in pots or holding a ball of butter in his hands.

Oiled poles with pots of money tied to the top are set up in Tamil Nadu. Children dressed as Krishna then try to climb these poles to get the money while the audience throws water at them.
The festival of Dahi Handi is widely known in Maharashtra, where pots containing buttermilk are tied high over streets. Teams of boys known as as Govinda's then form human pyramids competing against each other to see who can break the most pots.

In Krishna's other pictures, he is seen playing flute and sometimes with Radha and cows also.