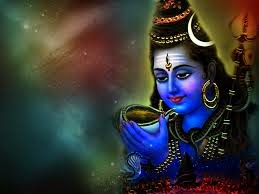 Shravan Mahina, or Sawan Mahina, is dedicated to Hindu god Shiva. Shravan Mahina is from July 06 to August 03 in this year 2020 in North Indian Hindu calendar for states such as for Delhi, Rajasthan, Uttar Pradesh, Madhya Pradesh, Punjab, Himachal Pradesh and Bihar. According to Telugu, Kannada, Marathi & Gujarati calendars, or for states like Maharashtra, Gujarat, Karnataka, Andhra Pradesh, Goa and Tamil Nadu, Shravan Maas 2020 is from July 21 to August 19. Special abhishek, prayers and rituals are performed with devotion in temples of Lord Shiva. In this month of Sawan, Kanwarias collect the water of Ganga River or Gangajal, and take away with them walking on foot to their homes and pour the holy water on Shivling.

Sawan month also called as ‘Nabhas’. On the day of Shravan Purnima or the full moon day in Shravana maas, also comes the Shravana nakshatra (Nakshatra of God Sri Maha Vishnu), thus this full month is known as Shravana masam. This is one of the main reason Sravan month is important and auspicious for the Hindus.


Worshipping Shiva Parvati on Somvar or Mondays or observing a vrat/fast in the Sawan month is considered highly auspicious. There is also a legend that goes regarding Shravan Maas, Sati, the daughter of Daksh sacrificed her life and vowed that she would marry Lord Shiva in every birth she takes and when she was born as Devi Parvati to parents Himalaya and Maina, Parvati started fasting in this month of Sawan since her young age. Shiva was impressed with the devotion of Parvati and thus fasting in this Sawan month has a great significance.

It is during this period of shravan maas that Lord Shiva drank poison that came out during the churning of ocean and saved the world. This churning of ocean was popularly called "Samdura Manthan" in Hindi and all the Hindu gods and goddesses were witness to this Samudra Manthan and subsequent act of drinking poison by Shiva. This is one of the reasons that ganga -jal or water is offered to the Shivling to remove the ill-effects of poison.

Shivji is worshipped by offering Gangajal, Bilva leaves, Dhatura, Bhang leaves, fruits to the Shivling and people observe fast on every Monday that come during Shravan Puja. The fast is known as Saawan Somwaar Vrata. Some people prefer to eat only vegetarian foods and some people read Holy Scriptures of Shiva like ShivaPuran.

Famous Shiva temples like Shiva Deoghar Baidhyanath Dham, Kashi Vishwanath Temple, Mahakaleshwar in Ujjain is visited by lakhs of Hindus from all over the world in the month of Sawan.

Shravan Mahina is one of the first Hindu sacred months of four holiest months of Chatur Mas. Tuesdays are dedicated to the worship of Mangala Gouri Puja and Saturdays for worship of Lord Shani.in the  Shravan Month. Sawan maas is highly auspicious for good karmas. Grihpravesh in the sawan month has high significance as well as persons born in the sawan maas are also considered lucky like Lord Jagannath, Sri Krishna, Lord Hayagriva etc.

Shravan Pournami or Sharavan Purnima is also celebrated in some parts of the country as Jandhyala Pournami. In North India, Sawan Purnima is celebrated as Raksha bandhan. Worshipping of Sri Vishnu and Goddess Laxmi is also auspicious in the Shravan month.