Teej is the festival which is observed by Hindu women in North Indian states like Delhi, Rajasthan, Uttar Pradesh, Madhya Pradesh, Bihar and Jharkhand. In Sawan and Bhadrapada months comes the celebration of three famous Teej festivals. These are as follows:


Which are the other Teej festivals? 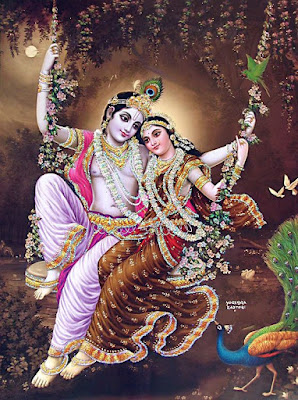 Some other Teej days are Akha Teej commonly known as Akshaya Tritiya and Gangaur Tritiya. The months of Shravana and Bhadrapada are highly important as Hariyali Teej, Kajari Teej and Hartalika Teej the 3 Teej festivities are celebrated by women and the time is also important as it matches with the monsoon period in India when everywhere greenery can be seen and thus the name Hariyali Teej(hari teej or green teej).


To which God or Goddess the Hariyali Teej is celebrated?

Hariyali Teej is dedicated to Lord Shiva and Goddess Parvati.


When is Hariyali Teej Celebrated?

Hariyali Teej is observed on the Shukla Paksha Tritiya in the month of sawan and coming two days before Nag Panchami.

Hariyali Teej comes in the month of sawan when devotees throng temples worshipping Lord Shiva and Mother Parvati. Sawan Somwar's have a special significance in Shravana month and so is the Mangala Gauri Vrat. Lord Shiva and Goddess Parvati are regarded as the epitome of ultimate authority, their immortal love as husband wife is what every women and husband wants. That is why women pray and worship Goddess Parvati for blessings for a happy and prosperous married life fasting on Hariyali Teej day for the long life and well being of their husbands. Shiva accepted Parvati as his wife on this day and that is why Goddess Parvati is regarded as 'Teej Mata'. Hariyali Teej fast is as important as the fasting on karwa Chauth day.


How Hariyali Teej fast is carried out?

Married women fast for the whole day, not even drink a single drop of water and the Hariyali Teej fast is completed after moon worshipping. They visit their parents' home, wear new clothes like green lehengas or green Saree and bangles, sing songs dedicated to Teej. Wearing green color is highly auspicious on this day. The Vat Vriksha tree is also worshipped on the ‘Shravani teej’. A 'dhaaga' or cotton thread is tied on the sacred Banyan tree or Vat Vriksha. Though the festival of Teej is celebrated by married women, many unmarried women also fast along with the married ones to get a husband like God Shiva. Women visit the nearest temple and listen or recite the Teej Vrat Katha.


Why Hariyali Teej is also known as Sindhara Teej?

Sindhara, a gift bucket that is given to the daughter and her in-laws by the parents of married girl, particularly newlyweds. It contains homemade sweets, Ghewar and Shringara items like Henna, bangles, sindoor (vermilion), traditional dresses etc. As Sindhara is gifted to the daughter and her in-laws on this Teej, Hariyali Teej is also known as Sindhara Teej. Hariyali Teej is also called as Chhoti Teej or Madhusrava Teej.


When is Kajari Teej and Hartalika teej celebrated?

Badi Teej which comes fifteen days after Hariyali Teej is known as Kajari Teej. As this teej festivals falls in the Shravana month, Hariyali Teej is also called as Sawan Teej or Sawan ki teej. Hartalika teej is celebrated on shukla paksha tritiya of bhadrapad month.

The Hariyali Teej celebrations are bigger in all the temples dedicated to Sri Krishna in Vridavan. Swings are laid for Krishna and this is known as ‘Jhullan Leela’. The idols of Lord Krishna and Radha are beautifully decorated with colorful clothes and devotees worship them and at last water is sprayed over the devotees to mark the onset of monsoon.


How is Teej known in Punjab and Rajasthan?

Teej is also called as Tay, Baya and Teeyan. In Punjab it is called by the name of Teeyan and Shingara Teej in Rajasthan.

Kajari Teej is also known as Kajli Teej and falls on the third day of Krishna Paksha in Bhadrapada month. The celebration is done for two days and sometimes continue till the arrival of Janmashtami, Sri Krishna's birthday. Goddess Parvati is worshipped on Kajari Teej. Married females fast on this day for the long life and well being of their husbands and get blessings of Goddess Parvati and Lord Shiva. Women are dressed beautifully in their attire and do the 16 Shrinngaar (Bindi, Sindoor, Mehndi, Bangles, etc..are applied).

It is believed that Goddess Parvati prayed and worshipped Lord Shiva with full devotion and dedication, for 108 years. After which Lord Shiva accepted her as his wife. Since time immortal, the festival of Teej is dedicated to Goddess Parvati, who is also known as ‘Teej Mata’. Thus Teej is celebrated by women folks to get a husband as Goddess Parvati reunited with Lord Shiva for a blissful marriage.