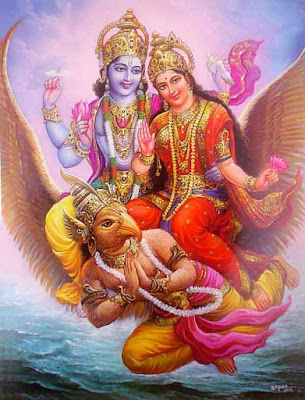 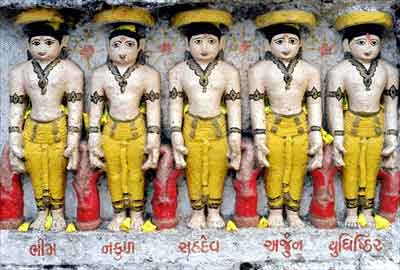 Nirjala Ekadashi is also known as Pandava Ekadashi or Bhimseni or Bhima Ekadashi because of the legend associated with Pandavas and particularly Bhim. Bhimsen, the second brother among Pandava's could not control having food and thus was not able observe the strict Ekadashi fasting. All Pandava's Yudhishthir, Arjuna, Nakul and Shahdeva, along with their wife Draupadi and mother Kunti except Bhim observed all Ekadashi fasting of the year. Due to this, Bhima, got upset and thought that he was disrespecting Lord Vishnu. Bhima then went to met Sage Maharishi Vyasa for his advises and getting answers to his problem. Then Vyasa rishi suggested Bhima to observe the single Nirjala Ekadasi fasting and thus it acted as the compensation for not observing all Ekadashi's of the year. Thus, Nirjala Ekadashi also came to known as Bhimseni Ekadashi or Pandava Ekadashi.

It is a strong belief that those who fast on this day of Nirjala Ekadashi are received by messengers from Vaikuntha, the abode of Vishnu, after death, and not by Yama, the god of death. It is also believed that Lord Vishnu transformed himself into Ekadashi to make all the humanity get rid of their sins.Observing this fast is equal to going to pilgrimage. The sins of this life and the previous one are considered burned by observing this fast. Nirjala Ekadasi fast helps in getting longevity, happiness, salvation, wealth, and prosperity with the blessings of Lord Vishnu. It is recommended not to fast on this day of Nirjala Ekadashi for those who are undergoing treatments or medications, if one can observe they can have fruits and milk, tea but not any form of atta or wheat and salt. It is a known fact that one should not eat rice on any ekadashi day including Nirjala Ekadasi.

Ekadashi fasting is over on next day of Ekadashi fast after sunrise. It is necessary to observe breaking of Ekadashi fast often known as Parana within Dwadashi Tithi unless Dwadashi is over before sunrise. Not observing Parana within Dwadashi is not seen good. Parana or breaking the ekadashi fast should not be done during Hari Vasara. If Hari Vasara period gets over, then only one should break the Nirjala Ekadashi fast. Hari Vasara is the period of first one fourth duration of Dwadashi Tithi. Pratahkal is regarded as the most preferred time to break the fast.One should also avoid breaking the fast during Madhyahna and if it's not possible to break ekadashi fasting during Pratahkal then it should be done after Madhyahna.


Things you can Do on Nirjala Ekadasi