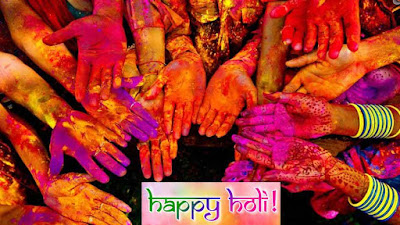 Holi is a religious and colourful Hindu festival celebrated by people all over the world. Holi is often considered as the second biggest festival of Hindu calendar after the Diwali which is the biggest festival of Hindu's as well as India. Holi is known as the festival of Colors. However the festival is widely accepted by the people in India, Nepal and Sri Lanka and other parts of the world. It is celebrated at the end of winter on the last full moon day in the month of Phalguna (February/March).

Playing of Holi and the celebration of Holi festival at places where Lord Krishna's whole life has been spent known as Braj regions which includes - Mathura, Vrindavan, Gowardhan, Gokul, Nandagaon and Barsana - are the most famous one. Barsana's Lathmar Holi is really world famous where males can be seen playing Holi with women or Gopikas where women with bamboo sticks (known as lath) beat the male counterparts and thus named lathmar holi.


Holika Puja and Holika Dahan are Holi rituals that has been observed since ages. Prahlada, a staunch devotee of Lord Vishnu was saved instead of Holika who tried to burn Prahlad. Holika had a boon that she could not be burnt in fire.However, the boon became useless as Holika was burnt alive in fire and since then Holika Dahan is celebrated as a symbol of burning and warding off all evils in the society. After Holika Dahan comes the actual Holi festival which is the festival of colors and happiness. This is the importance of Holi.

Love of Radha and Krishna


As per the mythology, the Hindu Holi Festival is connected with the celebration of immortal love of Krishna and Radha. Krishna complained to his mother Yashoda about the fairness of Radha, Yashoda told to him to apply colour on Radha and see the difference. Holi is celebrated in its full swing in Mathura, the birth place of Krishna. Today, the places such as Mathura, Vrindavan, Nandagaon, and Barsana are tourist destinations.


In the medieval period, the colors of Holi (gulal) were prepared at home from the flowers. These flowers were collected from the trees such as 'tesu' or 'palash'. These are also called the flame of the forest. As these are natural, these were very good for skin. The chemical colours used today are dangerous to the skin.

Holi is the opening festival of Hindu calendar. It is the festival of colours and the most ancient festival of Aryans. Dhulandi falls day after Holi Puja. This is considered as the actual festival of Holi.

Though Holi is celebrated all over India, it is mostly popular in North India. This is the time to forgive the enmities. Gujiya's Bhang and Thandai are one of those items that are in huge demand on the day of Holi. People send Holi greeting cards and Holi Messages, Quotes and SMS for celebrations on this day of Holi. We at www.durganavratri.in wishes all a Happy and Colorful Holi!