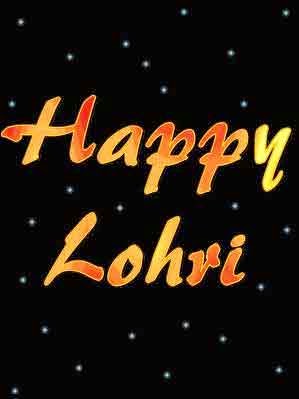 The festival of Lohri is an extremely popular festival of the Punjabis celebrated in the states of Punjab, Haryana, Himachal Pradesh, Jammu and Kashmir. Lohri is usually celebrated on the last day of the month of Paush, the month in which the winter solstice takes place. According to the ancient Punjabi folk lore, Lohri Date should be on the eve of Winter Solstice Day. Lohri festival is connected to the Winter solstice and celebrates the harvest of rabi crops. Through this Punjabi festival of Lohri, people pay respects to the natural element of fire and is dedicated to the end of winter season. Lohri songs are sung by children and elders composed in praise of the age-old Lohri traditions or in praise of Dulla Bhatti. As is usual, the date of Lohri festival, 2019 is on January 13 marking the sun’s entry to the Makar Rashi from the Tropic of Cancer. It is believed that this day is extremely auspicious and marks the end of the coldest month of the year, Paush. The next is the beginning of the period of Uttarayan considered sacred by all Hindus.


Lohri celebration is traditionally associated with the harvest of rabi crops. People are seen to gather round the fire and offer peanuts, rewri, butter and various other food items to thank God for the good harvest. Lohdi is an extremely festival for the newly wedded women of Pujabi families and for every new born child. Though Lohri is predominantly celebrated in the State of Punjab, yet the flavors of this festival is also enjoyed in other states such as Haryana, Delhi, Himachal Pradesh, and Jammu.


Lohri date in 2019 is on January 13 in the month of Paush or Magh, which is a day before Makar Sankranti. Lohri festival in India is seen by the Punjabi farmers as the beginning of the financial year. The festival of Lohdi is very ancient and historically owes its origin to ages of the Indus Valley civilization. The state of Punjab is known as the breadbasket of India and crop harvest is extremely important. The festival of Lohri is associated with the traditional harvest of rabi crops. The worshippers offer food items such as peanuts, rewri, flour, and butter to the Lohri bonfire to thank God for a good harvest. Thus Lohri celebrates the glory of farming. Wheat is the main crop of Punjab and is sown in October and harvested in the month of March or April. In January, the farmers are eager to reap the rich harvests and as they prepare themselves for cutting and gathering of the crops in the months that follow they enjoy the festivities of Lohri.