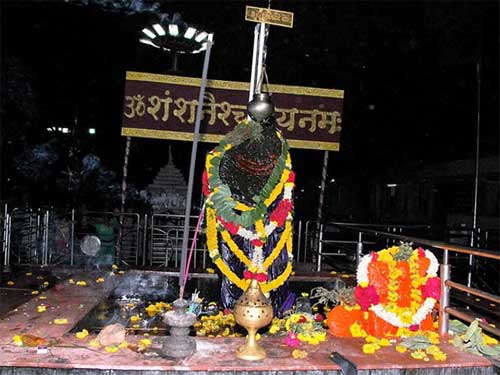 Lord Shani is known as "Suryaputra" or the son of Lord Sun and rules planet Saturn and weekday Saturday. Strong Shani bhakts observe fast to appease Lord Shani and a lot of people can be seen visiting  Shani temples to seek blessings of Shanidev bhagwan. Lord Shani believes in fair justice and if he is impressed by the devotee blesses him/her with good luck and fortune. People, who do not get blessings of Lord Shani, can be seen working hard for years without getting any reward for a long time.

Lord Shanidev carries a sword and sits on a crow is often regarded as the God of Justice. Shani or planet Saturn (a slow moving planet) is a part of "Navagrahas" or "9 planets"  which has a strong influence upon everbody's life, as it's one of the most influential planets and the planet which monitors karma, the giver of good and bad luck. Often people born on a Saturday can be seen getting things done slowly in their life. Shani represents spirituality, discipline, honesty, justice and hard work. If Shani makes a person struggle for something, the results are always positive and the person never is disappointed.


Is Shani a Negative Planet?

Shani is regarded as a negative planet – many people become scared of the planet and its effects. However, this is not an entirely correct as Shanidev is not a negative planet  but a slow one that gives success only through continuous effort, consistent discipline, regular hard work and after so many struggles. Shani blesses or curses a person depending upon that person's deeds in the present and even the past life. On the occasion of Shani Amavasya, people pray to Shani Dev for his mercy and protection and removal of bad omen.


Rags to Riches because of Shanidev