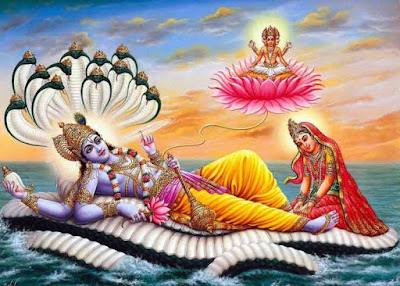 Shattila Ekadasi, also known as Shatthila Ekadashi or Tilda Ekadashi (means donate til seeds), or Magh Krishna Ekadashi, is one among the Ekadashi fasts observed by devot Hindus during the month of January/February. Sattila Ekadasi importance can be found in the Bhavisyotara Purana where Lord Krishna has also told this to Yudhishtira . Shattila Ekadasi date is January 12, 2018. As always, the day of Ekadashi is dedicated to the supreme Lord Vishnu and is marked on the 11th day of waning as well as waxing phase of moon in Hindu calendar. The same rules apply to Shattila Ekadasi Fasting is with the other ekadasi fasting days.


Sat means six and tilla means sesame seeds or til seeds. Using Sesame seeds in the following six different ways on this day is considered highly auspicious and helps one in spiritual purification:

This Ekadashi day is given the name as Sat-Tila or Shattila ekadashi as it is considered that if one donates Til (Sesame) seeds on this ekadashi day, it will help in removing the sins he/she has committed. This Shattila Ekadashi helps in controlling one's senses, get rid of negativity like anger, ego, negative thoughts, any gossips and help in attaining salvation or moksha. The importance or significance of this ekadashi also holds true when one takes bath in water that has been mixed with til (sesame seeds) and also offer water mixed with sesame seeds to dead ancestors on this day of Shattila Ekadashi. These seasame seeds must be given in charity or feed the hungry with food made with til. Sat-tila Ekadasi occurs in winter season or Magh month in North Indian states and Paush in other regions. The food made with til or Sesame seeds is highly beneficial to the body when eaten. Rice or any food that has rice grains as ingredients must be avoided. Some people eat some sesame seeds on this day.

The next ekadashi fasting occurs on January 27, 2018 that will be called as Jaya Ekadasi or Bhishma Ekadashi or Bhoumi Ekadasi.

Mantra for Aradhya to Lord Vishnu

The following is the mantra to be chanted while offering Aradhya to Lord Vishnu and Goddess Lakshmi: