Mahashivaratri festival is one of the major Hindu festivals dedicated to god  Shiva. Mahashivratri means the “big night of Shiva”, it is celebrated during Krishna Paksha Chaturdashi in the Hindu month of Phalgun or 13th or the 14th night of the new moon, corresponding to February-March in Gregorian calendar. The festival is celebrated on the night. Lord Brahma (Creator), Lord Vishnu (Preserver) and Lord Shiva (Destroyer) are the Hindu Trinity gods worshipped by Hindu people.

On Mahashivratri day, Hindu temples are thronged by the devotees to worship and carry pujas to Lord Shiva throughout the day. People chant the divine Shiva panchakshari mantra of 'Om Namah Shivaya'. Many people also observe a fast (upvas) for the whole day, not eating anything other than fruits, tea, milk, coffee and water. Popularly, on fasting or vrat days, people prefer and use sendha namak (rock salt) instead of the common salt.

The Shiva Purana states conducting of special pujas every 3 hours on the day of Mahashivratri. For Shiva pujas people do Abhisheks, where the Shiva Lingam or lingum is worshipped by pouring milk, yogurt, water, ghee, sugar and honey. On this day of Maha Shivaratri, devotees sing bhajans, aartis and chant mantras of the Shiva Shankar to seek the blessings of the almighty.

The MahaShivaratri festival is observed in honour of Lord Shiva and on this day Lord Shiva was married to Parvati. It is also believed that Lord Shiva performed the Tandava Nritya on this day. The great holy festival of MahaShivaratri holds special meaning for the Hindu ladies. It is believed that any lady who pray to Goddess Parvati also known as 'Gaura', the giver of 'suhag' for good husbands, marital bliss and a long, prosperous married life.

"Shankar", "Mahesh", "Neelakanth", "Bholenath", "Shambhu Kailasheshwar", "Umanath", "Nataraj", “trimbakeshwar” are a few of the many names of Shiva.

In Mahabharata, Bhishma, while resting on the bed of arrows referred to the observance of Maha Shivaratri by King Chitrabhanu. The story is as follows There was a time when King Chitrabhanu of Ikshvaku dynasty, who ruled Jambudvipa observed fast with his wife, the day being the day of Maha Shivaratri. The sage Ashtavakra came to the king’s court and asked the purpose of his observing the past. King Chitrabhanu explained that he got the gift of remembering the incidents of his previous life.

The King said to the sage that he was a hunter in Varanasi known by the name of Suswara. He killed and sell birds and animals to earn his livelihood. One day when he was roaming through the forests in search of any animal, due to darkness of night, he was unable to return home, so he took shelter and climbed over a tree. It was a Bael tree. He shot a deer previously on that day and he bundled and tied it to a branch on the tree. He was kept awake throughout the whole night because of hunger and thirst. He was worried and shed profuse tears at the thought of his poor wife and children who were also starving and anxiously waiting for him to come. Just to pass away the time, he started engaging himself in plucking the Bael leaves and dropping them onto the ground.

He returned home the next day, sold the deer, bought some food for the whole family. As he was about to break his nightlong fast, a stranger came and begged for food. The hunter served the food first to the stranger and then he had his own.

He saw two messengers of Lord Shiva at the time of his death. They came to conduct his soul to the abode of Lord Shiva. He learnt only then the great merit he had earned by the unconscious worship of Lord Shiva Shankar during that night of Maha Shivaratri. He came to know by the messengers that there was a Shiva Lingam at the bottom of the tree. The leaves he dropped fell on the Shiva Lingam and his tears fell onto the Lingam and washed it. Moreover, he had fasted all day and all night. Thus, the story’s conclusion was he unconsciously worshiped the Lord, lived in the abode of the Lord Shiva and enjoyed divine blessings for long ages and now he has been reborn as Chitrabhanu.

Om Namah Shivay(ॐ नमः शिवाय) is a powerful healing mantra which benefits the reciter of all physical and mental ailments. This divine mantra gives peace to the heart, mind and body and acts as a nectar for the Soul. Sages  had recited this "Om Namah Shivay" Mantra since long. 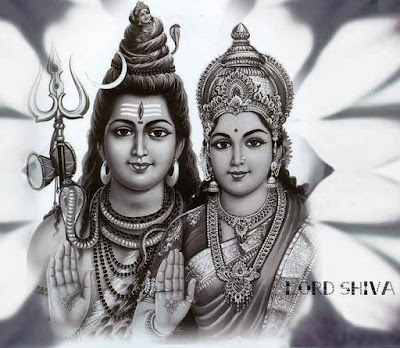 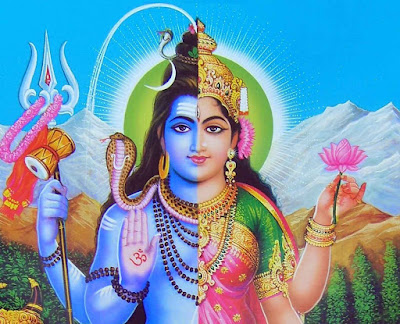 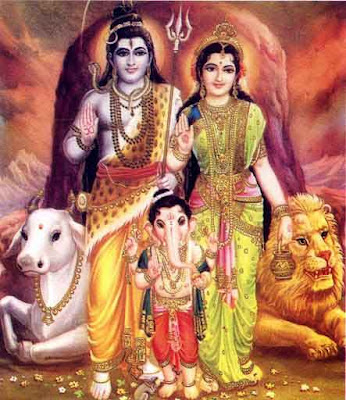 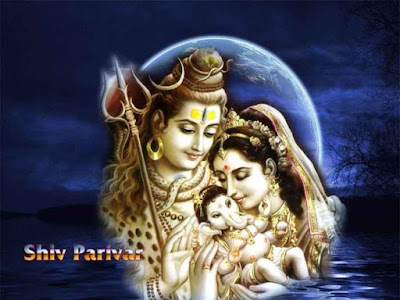