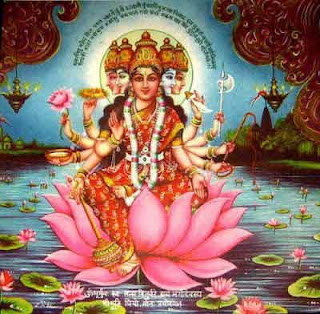 The appearing of Goddess Gayatri on the 11th day of the Shukla Paksha of Jyeshta month marks the celebration of Gayatri Jayanti in the form of knowledge.Gayatri mantra is chanted in high spirits on this day of Gayatri Mantra.