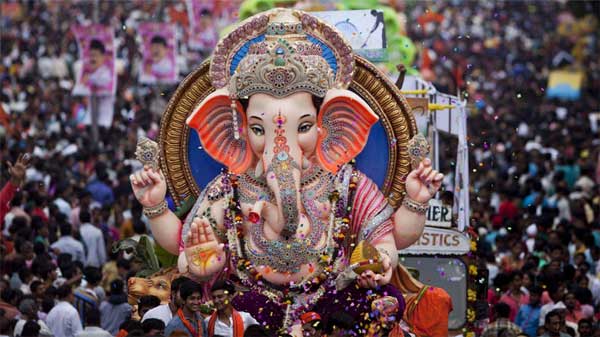 Lord Vasupujya, 12th Tirthankara of Jains attained Nirvana on the day of Anant Chaturdashi. On Anant Chaturdashi, women and men observe fast for the well being of family and to seek the blessings of Lord Vishnu for the fourteen coming years.

Anant Chaturdashi is considered as the most significant day for worshipping Lord Vishnu in his Anant avatar. Devotees of Lord Vishnu observe a fast for the whole day and perform various pujas and tie sacred threads on their wrists. Anant Chaturdashi is also the last day of the Hindu festival of Ganeshotsav or Ganpati Visarjan. Ganesha idols are immersed into water bodies and people dance and sing in large processions. Ganeshotsav is popular in the states of Maharastra, Gujrat, Karnataka, Andra Pradesh, and Bihar. 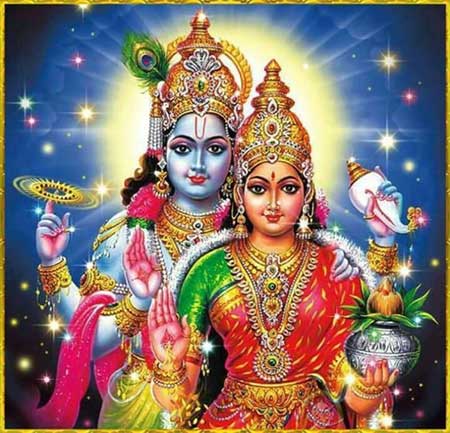 In Hinduism, Vishnu's other name is Anant which means Eternal and the word Chaturdashi means fourteen. The day is completely dedicated to Lord Vishu and people perform different Pujas and rituals on this auspicious day. A strict fast is observed and devotees tie a thread on their wrists colored with Kumkum and Tumeric which has fourteen knots known as “Ananta Sutra”

In Jainism, Anant Chaturdashi holds a great amount of significance. Digambar Jains observe the Paryushana Parva in the last 8 days of Bhadrapad month. Anant Chaturthi is celebrated on the last day of Paryushan. It also marks the end of long 14 days of fast and is welcomed with various Pujas and rituals. The 12th Tirthankara of Jains named Lord Vasupujya attained Nirvana on Anant Chaudas day.

Anant Chaturthi importance lies in the fact that-

It marks the end of the Ganpati festival or Ganapati Visarjan. Ganpati idols are taken into lakes or sea in great processions to be immersed in the waters.
People recite and listen to the stories of Lord Vishnu, who is also known as Anant. The recitation of Vedas is also known as “Anant Vrat”

The history of Anant Chaturdashi dates back to Mahabarata period. Kauravas defeated Pandavas in the game of gambling and Pandavas have to sacrifice all their wealth, property, luxurious and go for an exile of 13 years (12 years of exile into forests and a 13th year to be spent incognito). Pandavas faced a lot of difficulties and it was a period of pain and struggle. Lord Krishna met Pandavas in the forest with a view of solving their problems. Yudhishthira, the eldest of the Pandava asks Lord Krisha to suggest some trick by which he can get his lost kingdom back and can return to his land.

Lord Krishna suggested him a remedy and promised him that he will get his Kingdom back if he properly follows the remedy. Sri Krishna asked Yudhishthira to observe the fast of Anant Chaturdashi in which Yudhishthira along with his wife and brothers had to fast for consecutive 14 days and pay respect to Lord Vishnu.

Yudhishthira asked Krishna who is Anant? Lord Krishna then explained that Anant is another Avatar of Lord Vishnu. Krishna also said that worshipping Anant form of Vishnu for the consecutive 14 days without eating or drinking anything will solve all your problems and you will surely get your lost respect and Kingdom back.

After taking a bath in the morning, a Kalash is placed on the Pujan altar.
14 Puas (sweet wheat bread which is deep-fried) and fourteen Puris (wheat bread which is deep-fried) are made on different tilaks.
Panchamrit is placed which symbolizes ‘Ocean Of Milk’ (Kushinagar) on the plank.
A thread is prepared having 14 knots by dipping it in vermilion, saffron, and turmeric afterwhich the thread is put in front of the idol of Lord Vishnu.
Sri Vishnu along with the thread is worshipped with Shadoshopchar method and after that the following mantra is to be recited, then you can tie the thread tightly around your wrist.

Men tie the thread on their left arm and women on their right arm.
The holy Anant Chaturdashi thread after worshipping Sri Vishnu for 14 days is taken out from the wrist.