Jaya Ekadashi/Jaya Ekadasi also known by the names of Bhishma Ekadashi and Bhoumi Ekadasi is observed during the Shukla Paksha period in the month of February. Jaya Ekadashi 2018 date is January 28. Jaya Ekadashi importance can be found in the Bhavisyotara Purana and Padma Purana where Lord Krishna has told this to Yudhishtira. The day of Ekadashi is always dedicated to Lord Vishnu and comes on the 11th day of waning as well as waxing phase of moon in Hindu calendar. Rules for Jaya Ekadashi are the same as for the ekadasi fasting days. 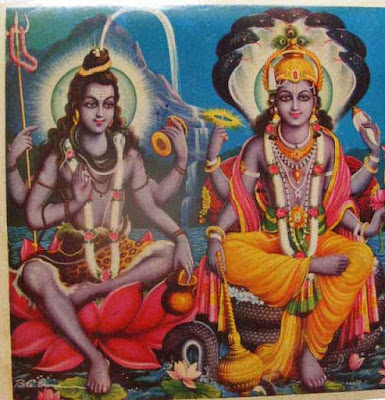 Malyavan was one of the singers in Lord Indra’s kingdom or swarag. He was in love with one dancer named Pushpavati. While singing, Malyavan lost his concentration because of his strong admiration and love for her. Upon noticing this for long, Lord Indra became furious and cursed both of them to become peasants on earth and suffer a lot. After this curse, both were born in the Himalayan region and were very poor. They had to wander for their food and living being here and there. The two of them suffered great pains for years until one day which was the eleventh day of the Magh month. On this ekadashi day, they again wandered for their bread and butter but could not find any food to eat and no water to drink for the whole day. They could not sleep during the night also. Fortunately, this was the day of Jaya Ekadashi, which they did not realised and performed the full day fast and took a whole night vigil. Due to this, Lord Vishnu appeared in front of them and forgive their sins and blessed them. After this, both of them returned back to swarag in their original forms

So, the rewards for oberving the Jaya Ekadasi or Bhishma Ekadashi/ Bheeshma Ekadashi fast with full dedication and devotion are far superior than performing various donations, yagnas and any visits to pilgrimages (tirthyatra).

Fasting on Jaya Ekadashi is believed to get rid of any remorse or grief attached to your sins committed and help in cleansing our souls and achieving salvation (Moksha) after death. Generally Ekadashi day is associated with worshipping Lord Vishnu, but as this Jaya Ekadashi falls in the month of Magh and magh month is dedicated to Lord Shiva, so if you worship the two supreme Lords - Lord Vishnu and Lord Shiva, it is considered of high importance on the day of Jaya Ekadashi. If any ekadashi falls on a Thursday, it is considered highly auspicious and this time, Jaya Ekadasi 2018 is falling on Saturday.

The following is an extract from the Skanda Puran:-
Lord Sri Krishna said, “I shall tell you about Jaya Ekadashi. This Ekadashi obliterates all kinds of sinful reactions and demoniac influences that may be affecting the spirit soul. It is known as Jaya Ekadashi, and the fortunate soul who observes a fast on this sacred day is relieved of the great burden of ghostly existence.

Thus there is no better Ekadashi than this, for it truly bestows freedom from birth and death. It is to be honored very carefully and diligently. Therefore one should strictly observe a fast on the sacred day of Lord Hari, especially on this Jaya Ekadashi. A great soul who observes this fast with full faith and devotion has in effect given all kinds of charity, performed all kinds of sacrifice, and bathed in all the Holy places of pilgrimage.

Fasting on Jaya Ekadashi qualifies one to reside in Vaikuntha and enjoy unending happiness for billions of yugas – indeed, forever, as the soul is eternal. One who even hears or reads these wonderful glories of Jaya Ekadashi achieves the blessed merit attained by performing an Agni fire sacrifice - Havan, during which the hymns from the Sama-veda are recited.”

This time of the Magh month (Feburary month) has various important days dedicated to Bhishma namely Bhishma Ashtami, Bhisma Dwadasi and Bhishma Ekadasi. It is understood that Bhishma Pitamah chose this Magh month this particular time to leave his body, as he was given the boon of "ichha mritu" or self-chosen death.

It is also believed that if you listen to the 1000 names of Lord Vishnu or Vishnu Sahasranama Stothram leads oneself to Moksha.

How to observe Jaya Ekadashi Fast?

The same rules apply while observing Jaya Ekadashi fast as with any other Ekadashi. These are as follows:

Next Ekadashi Day is Vijaya Ekadashi on 11th February 2018.