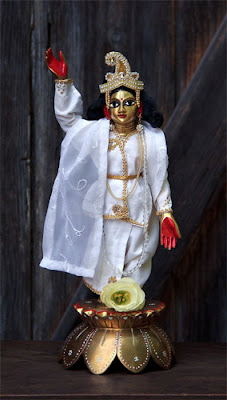 Chaitanya Mahaprabhu was born on February 18, 1486 C.E as per Julian calendar. It comes out to Saturday, February 27, 1486 C.E. as per Gregorian calendar, though it was not invented at that time.

Chaitanya Jayanti or Chaitanya Mahaprabhu Jayanti is of great spiritual importance for Krishna devotees the world over and ISKCON temples organize festivals and various programs on this day.