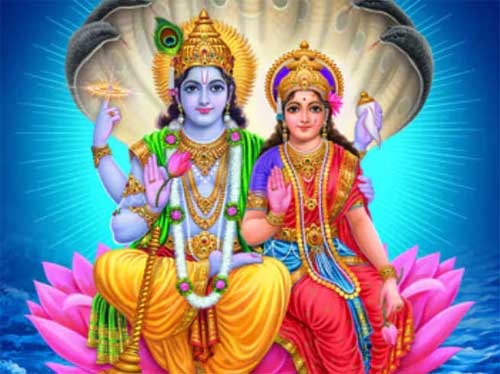 Mohini Ekadashi falls on the ekadashi (11th day) during the Shukla Paksha (the bright fortnight of moon) in the Hindu month of ‘Vaisakha’ or the months of April-May. Ekadashi vrat is observed by all staunch Vishnu devotees as it helps in getting rid of the sins committed by a person, including those from the previous births. Lord Vishnu appeared in form of Mohini on the ekadashi tithi, that is why the day was named and celebrated as ‘Mohini Ekadashi’ since then. Mohini Ekadashi is celebrated in the month of ‘Vaisakha’ in Northern India and nearby areas, it falls during the month of ‘Chithirai’ as per Tamil calendar, in the ‘Jyestho’ month of the Bengali calendar and it falls in the month of ‘Edava’ as per Malayalam calendar. Hindu devotees observe this ekadashi to seek divine blessings for living a happy and prosperous life.

On the day of Ekadshi, people observe a strict fast without eating food grains on this day. The Ekadashi fasting starts a day in advance, on ‘Dashami’ (10th day) tithi. The devotee only eats ‘saatvik’ food once before sunset. On the day of ekadashi (11th day), the devotee adheres to complete fasting which continues till the sunrise of ‘Dwadashi’ (12th day). Mohini Ekadashi vrat must be broken by drinking milk the next day.

A person fasting on Mohini Ekadashi vrat needs to wake early before sunrise and takes a bath with Til and Kush. On the ‘dashami’ night, he/she must sleep on the floor. The ekadashi day is spent by offering prayers to Sri Hari Vishnu and doing an all night vigil by singing bhajans and chanting mantras in appreciation of Sri Krishna.

Those who cannot follow strict fasting rules because of their health complications, they are advised a partial fast on Mohini Ekadashi. ‘Falahar’ like fruits, vegetables and milk products can be taken in.This is strict and must be followed. On the day of Mohini Ekadashi or any other ekadashi, consuming rice and products made of rice grains are prohibited even for those not observing fast.

The day of all Ekadashi's or Mohini Ekadasi, is dedicated to Sri Vishnu. Sri Vishnu is offered sandalwood, sesame seeds, colorful flowers and fruits. As a devotee of Sri Vishnu, a person must offer Tulsi leaves to him on this day as Tulsi is very sacred and dear to Sri Narayan.

Mohini avataar was taken by Lord Vishnu on Ekadashi day which was called as Mohini Ekadashi since then. While Samudra manthan (churning of the ocean) was underway, amrit (nectar) came and a dispute emerged between Devtas (demigods) and Daityas (demons) on who will consume it. Sri Vishnu appeared in the form of a beautiful woman, named Mohini. Daityas or demons kept on admiring the beauty of Mohini while she helped the Devtas drink the Amrit. Mohini Ekadashi Vrat was also observed by Shri Ram while he was searching Sita, and also by Yudhishthira during the time of Mahabharata. Due to this, they were relieved from all their sufferings. Mohini Ekadashi Vrat Katha in Hindi youtube video is given here.

When Yudhishthir asked Lord Krishna about the most important Ekadashi, he said that Lord Ram in Treta Yug observed the Mohini Ekadashi Vrat. As per recommendations of Sage Vasistha, Sri Ram observed this Vrat when he was searching for Sita. Because of Mohini Ekadashi fasting, Sri Ram was able to overcome all obstacles and bring back Sita after killing Ravana.

Sage Vasistha told about a story which tells the importance of Mohini Ekadashi to Lord Rama. King Dhrutimaan of Chandra Vansh dynasty ruled the city of Bhadravati situated on the banks of River Saraswati. He was a staunch devotee of Lord Vishnu. He was very kind-hearted person and thought of doing good things for all the people. Samana, Dyutimana, Medhavi, Sukriti, and Dhrustabuddhi were the five sons of Dhrutimaan. Dhrustabuddhi, the youngest son was immoral and did mischievous and wrong activities bringing bad name to his family and the society. After repeated corrupt practices of Dhrustabuddhi , his father threw him out of the house. The money he had was soon spent out and now he became a thief. Many times he was caught by the king’s people and released later. As a punsishment, Dhrustabuddhi was thown out of the kingdom. He survived as a hunter in a forest for many years. During the month of Vaisakha, he met Rishi Kaundinya, when the sage was returning to his ashram after taking a bath in Ganga river. As he was near, a drop of water from the sage’s clothes fell on Dhrustabuddhi. Good sense prevailed on him and he touched the feet of Rishi Kaundinya and asked to alleviate him from all the sins he had done. After Rishi Kaundinya's advises, he observed the Mohini Ekadashi Vrat with devotion and dedication. His sins were forgiven and he got a divine body. He was taken to the abode of Lord Vishnu by Garuda after his death.


Things That Must be Avoided On Mohini Ekadashi

Eating rice and barley on Ekadashi day is completely prohibited, as it is considered a sin and it wipes all your good karmas.

Food given by others on ekadashi day must not be eaten, else the good karma's done by your for the whole year gets destroyed.

Tamasic items like meat, alcohol, garlic, onion etc. must be avoided on Ekadashi day, as it encourages bad thoughts in your mind.

Angerness, violence, criticism or any such negative traits must be avoided on Ekadashi day, as it destroys all your good karma's.

Parana is "breaking of the fast". Ekadashi Parana is to be done after sunrise on next day of Ekadashi fast i.e. Dwadashi Tithi. Parana must be done within Dwadashi Tithi unless Dwadashi is over before sunrise. It is a sin or a wrong thing if Parana within Dwadashi is not done. Parana should not be done during Hari Vasara. When Hari Vasara period gets over, then only consider for breaking the fast. Hari Vasara is first one fourth duration of Dwadashi Tithi. The most favourable time to break the fast is Pratahkal. As a observer of Ekadashi fast, one must avoid breaking the fast during Madhyahna. If for some reason you are not able to break the fast during Pratahkal, then do it after Madhyahna.